OUR CHILDREN ARE THE MOST IMPORTANT TO US 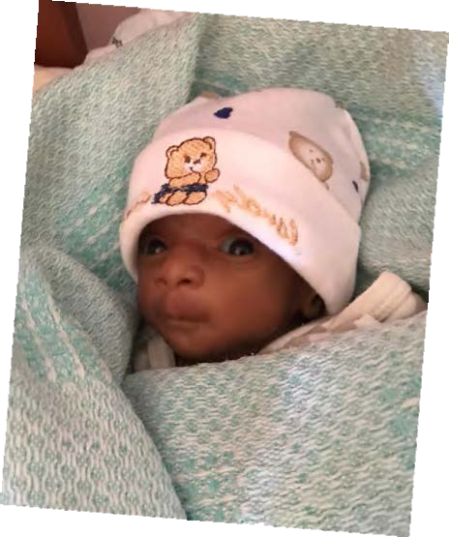 One usually does not encounter dark, grey, almost depressive winter days in Africa – the continent of sunshine and warmth – but the description is valid for the day on which several medical doctors were fighting for the life of a young woman. She came to a hospital in Dar es Salaam in order to give birth to her little baby girl. She was pregnant in her 7th month – much too early for her baby to see the light of day. Finally the doctors realized they had lost the fight for the life of the young mother. But fortunately the infant survived the stress of these devastating hours. The baby girl weighed just a little over 1.500 g (3 pounds). Relatives of the mother were not present. Maybe they lived far away in the countryside or other reasons prevailed in the decision not to accompany the young mother to her sad doom.

We called the baby girl “Laura”. She has now been with us for three weeks. We hope to be a “Land of Blessing” for little Laura, who was brought to us by one of the social workers of Dar es Salaam. 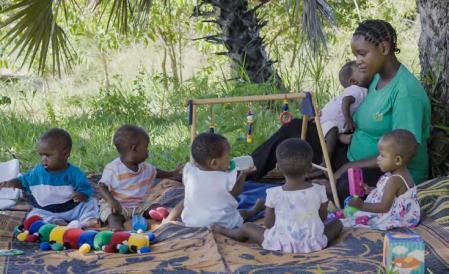 It is not easy to care for a prematurely born baby in Tanzania without the appropriate special diets available in the western world. Laura keeps worrying us because she is not gaining enough weight. We cannot remember ever having held such a tiny and fragile baby girl in our arms. Any comparison with other – even small newborns – is out of place. We followed the advice of physicians and arranged for two foster mothers who are supplying milk for Laura. Since she needs to be fed every two hours she sleeps with us in our own bedroom. Because of her need for nutrients she additionally receives fresh coconut water from our own coconut trees. She gained some weight within the last few days, but not as much as would be necessary.

We ask you to please keep her in your prayers. We keep hoping that after a few months Laura will become just as happy and strong a child as the other children in our care.

Currently we have sixteen children at “Dunia ya Heri” – The Land of Blessing. We are slowly moving towards the wintertime in Southern Africa, a time at which the children are in danger of catching colds and flews. Recently we have seen some positive changes with the children who have been with us for some time. Whilst the children often had to fight for weeks or even months against running noses, coughs and pneumonia infections, now due to their strengthened immune system they are able get over an infection within just a few days. Also the infections do not spread to all children like before. We believe this to be due to the healthy nutrition and a strengthened immune system. 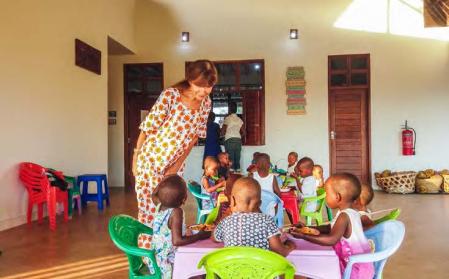 Considering the government’s demand for employing at least one Mama for every five children, we recently had to employ additional personnel. We are thankful to have found Mamas – as the care takers are lovingly called – who have the love and devotion needed for the education of our little ones. There are currently nine Mamas who are working on regular two-day shifts. As soon as we have more than 20 children we will need to employ another two Mamas. 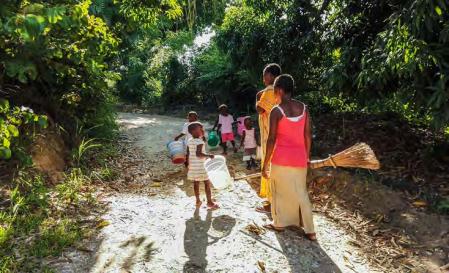 After breakfast the children are studying a Bible story from the Sabbath School Quarterly. Afterwards smaller regular duties are the main focus of the morning activities of the older children. The children love to feed the chicken, water their favorite plants in the garden and carry out duties like cleaning dishes and washing of some of their clothes. They do these things with a lot of enthusiasm. They also help cleaning the terrace, the dining tables and chairs. 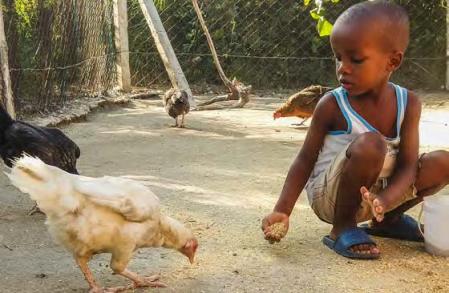 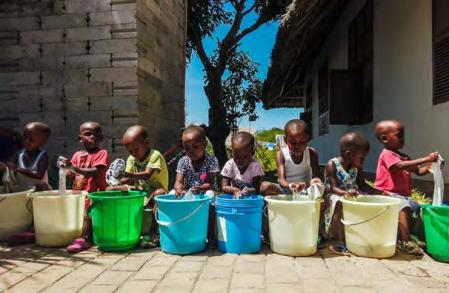 After their noon nap they take a walk in nature – sometimes to the beach, play ball or drive around the large porch with their bobby-cars. They play with their puzzles, paint or draw, sing songs and learn Bible texts by heart. Some of their songs they sing in English and even German. Every day starts and ends with prayer.

Since the middle of last year we have been extremely busy with construction work. The second orphanage building, which is for girls ages 6 to 12 was finished by the end of December 2018. The basic structure of the third orphanage building for boys also ages 6 to 12 has also been completed. We are not starting with some of the interior work. Since December a second water tower with a capacity of 40.000 liters (10,000 gallon) and the basic structure of additional workers’ quarters were completed. Also a Photovoltaic Solar Park was constructed – delivering enough electricity for two orphanage buildings, two washing machines and two refrigerators.

A building for a primary school– which will serve as a church during the weekend – has almost been completed. In January we were finally able to move into our own house. After three and a half years of living in a tent or wall to wall with the children, we now appreciate the privacy of having our own bathroom and kitchen.

All that was accomplished was only possible because there are individuals who value what “Dunia ya Heri” is doing for some of the poorest children of Africa. Aside from numerous private donors, a number of organizations have helped. Foremost we would like to mention “Restore a Child” who has helped with a lot of the infrastructure as well as the second orphanage building. A foundation of the largest German daily newspaper, the „BILD Zeitung”, has helped us to with the construction of the third orphanage building for girls. At the same time “ADRA”/Luxemburg, “Maranatha”/Czech Republic and a Foundation of the “University of Stuttgart”/Germany supported us.

We are especially grateful for the fact that in addition to the financial support for all of the construction projects we have been able to cover the monthly operating costs for salaries, food etc ... . This was only possible due to individuals who have been helping us on a regular basis.

Most of all, we thank God, who gave us the responsibility of caring for orphans. Without His sometimes miraculous leading Dunia ya Heri would not have become what it is now – a campus with 8 buildings, 2 water towers and 1 solar park within the last three years.

If you were to ask us, if we need more support, our answer would be a definite “YES”. We need to finish the construction of the school building before the beginning of the next school year, which in Tanzania starts on the 1st of January of 2020. The first three children will need to attend school next year. We will teach in English, giving the children an additional long term advantage. English is the official administrative language in Tanzania, but a large portion of the local population does not master the language. Against a small monthly fee, village children will also be able to attend our primary school. The building shall be used as a church during weekends.

At the same time we need to be able to keep on covering our regular monthly operating costs.

We sincerely thank you for your support, your prayers, friendship and interest in “The Land of Blessing.

May God bless you

your Thomas Küsel and Judith Klier

Donations from US-citizens are tax deductible if they are given to one of the following None Profit - 501c3 Organizations:

Please do not forget to mention the project name of »DUNIA YA HERI« on your check, transfer slip or the “ministry need”. 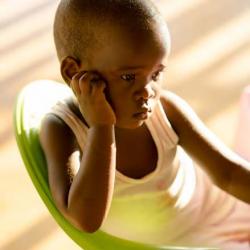 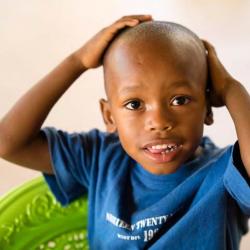 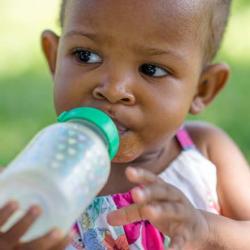 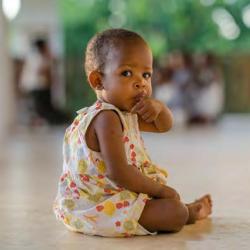 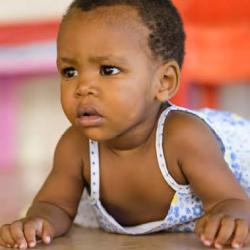 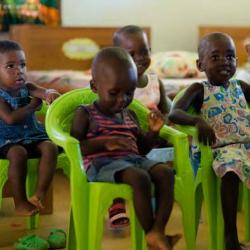 3-DyH_NewsLetter_CK_2019-EN.pdf You can read and download this newsletter as a PDF.